Notice of Confirmation of Modification Order

Section 53 of the Wildlife and Countryside Act 1981:

An order has been made to modify the Definitive Map by:

Stand as a Local Councillor

NOMINATION PAPERS ARE NOW AVAILABLE EITHER FROM THE PARISH CLERK OF FROM KEITH BUTLER AT WODC OFFICES, WOODGREEN, WITNEY, OX28 1NB

They must be submitted (by hand) no later than 4pm on Wednesday 3rd April. The Police and Crime Commissioner (PCC) for Thames Valley, Anthony Stansfeld, has launched a survey seeking the public view on an increase in the police element of the council tax by £2 a month*

On Thursday 13th December the Home Secretary announced the provisional police funding settlement for 2019/20. In response to the exceptional operational demands on the police, particularly in areas such as Thames Valley, the Government is increasing the funding available to PCCs by up to £813 million. However, this is provided all PCCs increase the police portion of the council tax by £2 a month or £24 a year (equivalent for a Band D property), which, collectively, will raise £509 million of the £813 million increase in funding.

Anthony Stansfeld said: “The Thames Valley Police budget has been cut by £101 million over the last eight years which has resulted in significant cuts to police officer and staff numbers. This year the Government has encouraged all PCCs to raise the policing element of the council tax precept for all households. To prevent further damaging cuts to policing and restore some important frontline policing capability I would like to make use of this Government advice and raise the council tax precept accordingly.

“Demand on police forces nationally has risen significantly in the last year as a result of an increase in non-crime business, higher crime numbers, the increasing complexity of crime, and the increasing reach of criminals both physically and via technology. Throughout this Thames Valley Police has been efficient and effective but having already faced significant cuts since 2010/11 the process of identifying new cash savings is becoming ever more challenging. However, we are committed to making policing even more efficient and have already identified over £4m of new savings in 2019/20.”

“My focus for the future continues to be on delivering strong neighbourhood policing for all of the communities across the Thames Valley whilst addressing the serious threats and hardship posed by criminals. With this in mind the extra cash generated from the proposed increase in council tax will be spent on operational policing. The draft budget for 2019/20 includes additional funding to increase local frontline policing, recruit more investigators and improve contact management with the aim to reduce call waiting times on 101 calls.”

The survey and more information, including the proposed amounts from each council tax band can be found by visiting: https://bit.ly/2QEkGkk

*this is the equivalent for a Band D property. The increase for other property Bands is set out in the table available with the survey on the above link.

Click here for details on applying to primary school

Volunteers in Hailey have borrowed speedwatch equipment from Thames Valley Police to monitor the speed of cars passing through the village.

Attached is an article published in the Oxford Mail with comments from Cllr Andy Smith.

The consultation on the new Village Hall is now closed.

To see the comments please click below or go to Notices.

Please be considerate this Hallowe’en 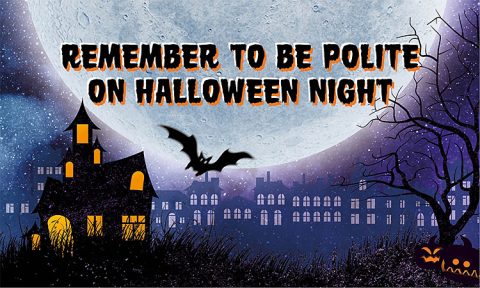 As Hallowe’en and Bonfire season begins, we typically see large crowds gathering to celebrate. On Hallowe’en night, please consider the vulnerable, particularly the elderly, who may feel anxious and intimidated by strangers knocking at their door. The misuse of fireworks and uninvited trick or treaters can be intimidating and are considered anti-social behaviour by some.
We are asking people to be aware of those who are not celebrating in the same way and respect those who feel anxious or intimidated by strangers knocking on their doors. We have posters that residents can display as a clear indication of whether they would like trick or treaters to visit.”
If you are looking to take part in the Hallowe’en celebrations then you can print off the
‘Trick or Treaters welcome’ poster.
To deter unwanted trick or treaters on October 31, this year is to print off the
‘No Trick or Treaters please’ posters
If you see someone displaying a no trick or treat poster, please do not call at those homes as people do not wish to be disturbed. Just be careful who you scare on Hallowe’en.

Bonfire and fireworks start at 7 pm

As customary its a free display but the Rugby Club does ask for a donation on exit so they can cover their costs to hold it again next year.