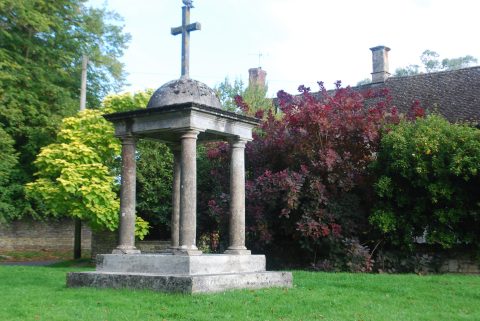 Hailey is a village and civil parish about 2 miles (3 km) north of Witney, Oxfordshire. The village comprises three neighbourhoods: Middletown on the main road between Witney and Charlbury, Poffley End on the minor road to Ramsden and Delly End on Whiting’s Lane. The parish extends from the River Windrush in the south, almost to the village of Ramsden and the hamlet of Wilcote in the north, and it includes the hamlet of New Yatt. The parish’s population is around 1,200.

The name ‘Hailey’ means a clearing (in the forest of Wychwood) where hay was made.

The present village church, the Church of St. John the Evangelist, was built in 1869 and replaced an earlier (18th century church. It has a strangely-shaped bell-turret. The font, sited in the north aisle, is from the earlier Georgian parish church.

There are no upcoming events at this time.